It is impossible not to notice the unifying factor of all Indian antiquities, be it architectural or artistic: their intricacy, refinement, attention to detail and meticulous execution. They were commissioned by people with great aesthetic sense and accomplished by artists and artisans who valued excellence. Their creativity, imagination, great technical skill and dedication remains evident despite the passage of time and the ravages of history.

One recently rediscovered example of this heritage of excellence is the Sabz Burj, within whistling distance of the magnificent Humayun’s Tomb, a Unesco World Heritage site. That an emperor’s tomb would adhere to the highest standards of excellence is expected; but the Sabz Burj, a far more modestly sized edifice, now restored by the Aga Khan Trust for Culture, is equally exquisite. Whoever commissioned it believed that small can also be beautiful.

That the mausoleum was meant for someone who was not probably royal did not deter the architect, contractor or artists and craftsmen to skimp on the design, the materials, the construction or the quality of embellishment. And the superbly painted ceiling of the dome – enhanced with lapis lazuli and gold – stands as eloquent evidence of not only their workmanship but also their dedication. Their pride in their work is manifest even after centuries of neglect.

Indeed, Sabz Burj not only underlines the timelessness of artistic ideas but one section of it could probably challenge the very principle of copyrighting symbols and designs too! Its white, four petalled flowers with round black centres arranged in an intricate geometrical pattern look uncannily like Louis Vuitton’s Monogram motif. So, should this floral epiphany 600 years apart in India and France be reserved as any one company’s exclusive design?

The nine smuggled Indian antiquities that were repatriated this November to India from museums and collections in the US – all connected to the criminal activities of the then York-based Indian antique dealer Subhash Kapoor – also show that same devotion to excellence. Whether the works are from the Gupta, Pala or Chola period, spirited away abroad from UP, Bengal or from Tamil Nadu, every statue and stele displays that same high quality of craftsmanship.

This continuous culture of excellence should inspire its billion-plus legatees in India today to live up to those standards. But it clearly does not. Does anyone honestly think that creations – architectural or artistic – of our times (such as the work of some acclaimed modern architect or even your own generic apartment) will survive even till the next millennium, much less evoke the sort of admiration that the works of our ancestors do now?

At a more mundane level, why are our builders and craftsmen – carpenters, masons, plasterers, painters, plumbers – and other inheritors of our legacy so lackadaisical when it comes to excellence and attention to detail? Whether it is making a doorway straight or plastering a wall smoothly, aligning a bathroom floor correctly, the standards of acceptability vary wildly. Speed is valued over care and timeline over perfection, “show” over quality.

Once architecture and art(istry) went hand in hand, each enhancing the other down the millennia. Back then Indians conceptualised buildings -religious and secular – that provided space for artists and craftspeople to immortalise their skills. Today, there are artists – whose works often do not have a popular connect – and artisans or craftsmen, who execute work commissioned by those who see them as mere cogs in a wheel, not creative people.

We are to blame for this perceptible fall in respect today for such timeless, crucial skills, and attributes such as meticulousness. Our skilled artisans were so revered for their mastery back in the day that even bricklayers cared how they built walls and arches. Old walls reveal how perfectly each brick was laid; the same cannot be said for today’s walls once the plaster is removed. And that must be linked to a large extent to how masons are regarded by us these days.

Respect for skill begets respect for quality. Yet we appreciate the excellence of our ancestors without wondering why the value system that made them possible no longer exists. It is simply not enough to momentarily marvel at old structures like Sabz Burj and antiquities that have finally returned home. We Indians have to be conscious and proud of the legacy that they represent and find a way to ensure that it informs our own actions henceforth. 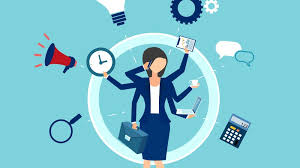